folding bikes for going and being human® 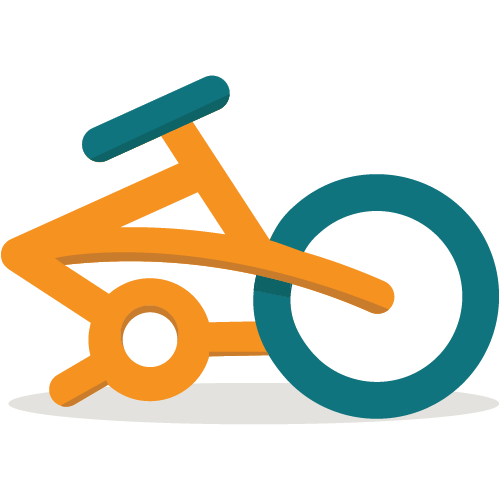 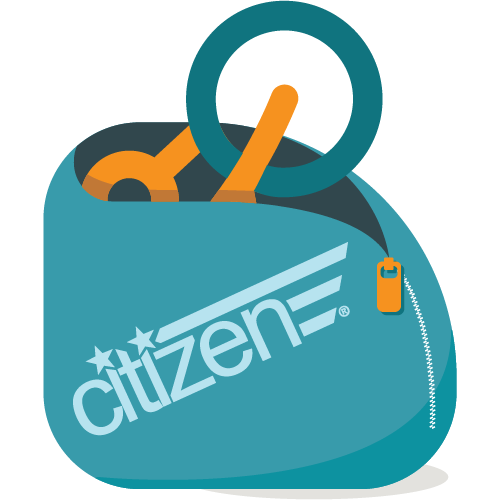 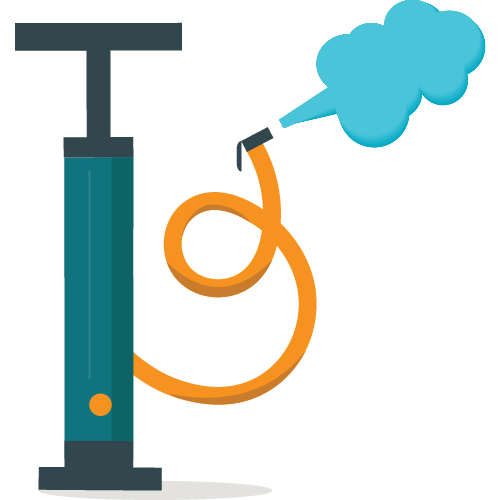 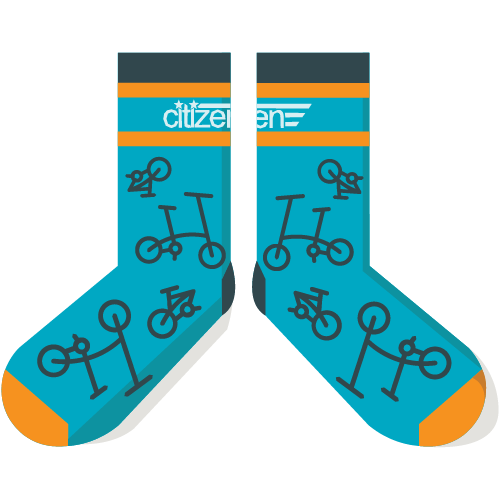 Our customers have shared some of their stories and pictures of their experiences and adventures with their Citizen folding bikes from around the world. Here is more of some of the feedback we've received over the years.

"I just LOVE my new Citizen TOKYO folding bike! I live in an upstairs apartment and it was brutal to get a regular size mountain bike up and down my steep stairs. With my new folding bike, getting up and down is a breeze!  More time to ride and less stress to pack up!  Thank you Citizen for making an AFFORDABLE folding bike!" – T.D. of Lindenhurst, New York 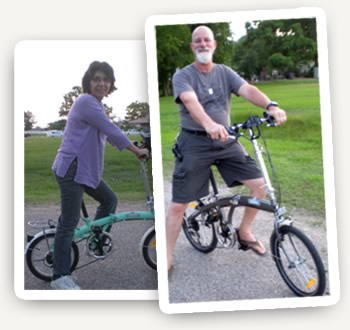 The TOKYO and MIAMI Citizen Bike as a fun pair.

I just wanted to take the time to thank you for your prompt shipping of our bikes. We live about 50 miles north of Houston, Texas and our bikes arrived about 4 or 5 days after we ordered them. They arrived in perfect condition, were easy to assemble and if it had not been raining, we would have been out that evening riding them. We have had them for about a week now, and we ride them everyday...

We bought these bikes from your company after reading the testimonials on your web site. This is why I'm writing my own testimony to let everyone know that I would definitely recommend your company to anyone who wants a good quality folding bike. We can't wait to take our bikes on new adventures, like when we go on a cruise. We love to visit small Midwest towns and what better way to sightsee than with a Citizen Folding Bike.

Thanks guys so much for a wonderful product." – J.B. of Willis, Texas

"We want to say that we are very happy with our bikes - by their quality, comfort and beauty. We always use them in our City (Palmira-Valle) in Colombia (South America). Citizen Bikes, thanks for the great bikes!

"We took our Citizen bikes on a cruise to Bermuda. We used the bikes for the four days that we were there. Cycling around the island was easy on the bikes......even on the hills – and there were plenty of hills. They were very comfortable to ride – amazingly so. 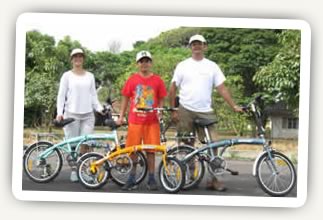 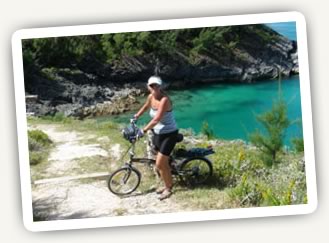 Everywhere we went (and we went everywhere) in Bermuda all the locals asked us about the bikes. They were a big hit with the crew and other passengers too. The real plus was that in Bermuda it costs $17 a day to rent a peddle bike plus $25 a day mandatory insurance. So the bikes almost paid for themselves on this trip. The fenders were great when the roads were wet and the luggage rack came in handy for carrying "stuff"......water bottle and snorkling gear." – P.C. of Stevensville, Maryland

"We enjoyed having our bikes with us in Germany and I hope others join the fun! They are a must for travel in Europe, as well as on our trips here in the States." - B.E. of Tampa, FL.

"The Citizen Bike I got is really a brilliant product, easy to use, stable riding and it truly doesn't break the bank." - B.S. of Stamford, Connecticut

"We purchased your bikes for Christmas 2007. We love them! We are boaters on the Long Island Sound and travel with the bikes up and down the coast. We have told so many people about your product and also let many of them sample a ride on your bike. It wouldn't be surprizing to know that sales are up in the Connecticut, NY/Long Island regions. Good luck with your super product!" - L.A. Milford, Connecticut 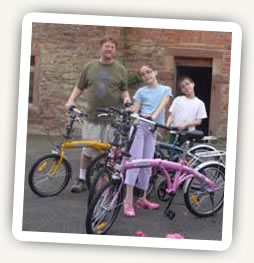 Family of Citizen Bikers in Germany. 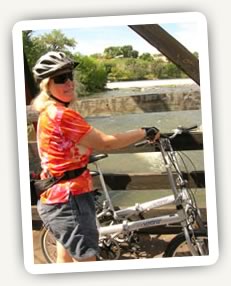 "I can't emphasize enough how the bike was a real life saver on our trip and it made the outing so much more enjoyable to be able to get around and would have been better had I bought 2 or even 3 of them. May just invest in another one before next summer. Thanks for your help."  – J.K. of Fairfield, California

"Rode the bike about 5 miles today in downtown Columbus. Will recommend your product to anyone that asks. I had asked some bikers last week about their bikes which were a high-end bike starting at $1,300! Yours serves the purpose at a fraction of the cost. Thanks!"  – C.C. of Columbus, Ohio

"I wanted you to know that the bikes arrived in time, and they are wonderful. Thanks." – C.S. of Bayville, New York

"I received the bikes today, thanks. Very good quality and we had a blast riding them. Thanks for your quick service." – P.S. of Great Falls, Montana

"I just wanted to say thanks.  My bike arrived and rides like a champ.  I am headed to Barcelona on Monday and can't wait to use it."  – R.H. of Orlando, Florida 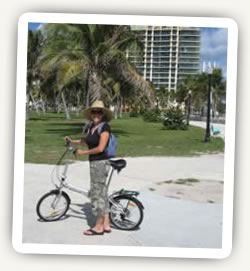 "My bikes arrived today. Got 'em to stow away in my 5th wheel. Test drove them tonight...bell a blazin' - dogs in the neighborhood went nuts. Cool little bikes!  And thanks a bunch for the fast shipping!" – R.S. of Midland, Texas

"We had alot of fun this past weekend riding the bikes around our marina and into town for lunch. Thanks!" – T.O. of Flemington, New Jersey

"My wife and I bought the two Citizen Bikes to pop into the back of our station wagon, to then drive to bike trails around our home. Using our city bikes, we can only get to them by going across dangerous highways.  The Citizen Bikes solved our problem!" – R.B. of West Lafayette, Indiana 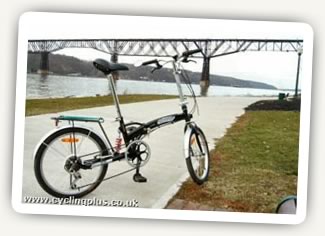 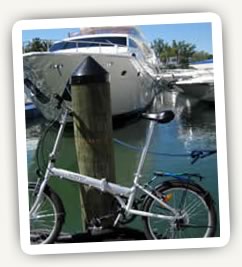 Citizen Bike at the marina - a great folding bike for boats.

"Thanks for the great bike. It arrived quickly and was easy to get up and running. I love the flexibility of using it as a beach cruiser or a cross county riding vehicle." – D.H. of Thousand Palms, California

"Hi. I received my bike the other day and I am really satisfied, it was worth the wait and every penny. Many people here have never heard of folding bikes and are very interested. I'm telling everyone about your company. Thanks again." – M.D. of Kailua, Hawaii

"My husband and I love touring and have found the Citizen Bike to be extremely comfortable and versatile in getting a better feel of each beautiful and quaint town. We have traveled with them to Europe, Canada and Mexico. The price is so perfect I’m buying another one for my brother to come with us next trip: Italy!" – S.Z. of Boerne, Texas

"I received my Citizen Bike two weeks ago. I love it.  It is easy to ride.  I had knee surgery last October and am 70 years old.  I now need a bike I can get on and off easily.  This new bike does the trick and is easy to ride too. Thank you!" – M.B. of Gulf Shores, Alabama

"I just received my red Citizen Bike and it is fantastic! Easy set-up...and I think it's the equivalent of folding bikes costing 2 to 3 times the price. Thanks so much." – C.D. of Los Gatos, California

"We would just like to tell you how much we enjoy our bikes. We took them on our first ride and were very impressed with how they handled. We can't wait to enjoy the summer and all the parks that are around us to ride in. Thanks again for a great bike." – B.T. of North Canton, Ohio

"Thank you for your great service. We love the bikes. It was a pleasure dealing with people that cared." – P.R. of Attica, Michigan

"I must say that Citizen Bike has been one of the best experiences I've had regarding customer service and product." – R.W. of Brooklyn, New York 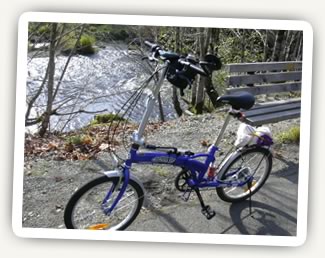 My bike alongside the Deschutes River, Washington. -- R.W.

"I recently changed from an SUV to a sports car, so your bike was the answer for my needs...you can count me as a happy customer! – A.D. of Cincinati, Ohio

"The bike is an extremely well-designed and well-made vehicle - and it looks pretty nice too.  It was a birthday gift (75 years - three-quarters of a century old - or 'ancient', take your pick). Very nice for getting around the neighborhood and very much appreciated. Thanks again."– W.R. of North Hollywood, California 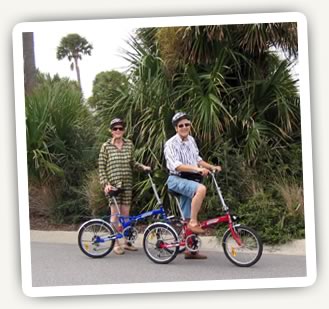 "We received yellow bike today. It is wonderful. I love it and it arrived in time for our vacation.  We can't wait to ride our Citizen Bikes on Ocracoke Island in North Carolina."– K.L. of Springfield, Ohio

"I am enjoying the bike.  Fits well into the back of my small two-seater aircraft and I took it to an island in the Cheasapeake Bay last weekend and rode around."– B.D. of Lothian, Maryland

"The Citizen Bike has, after two days on the job, helped me be a good citizen to other commuters. I just started taking the bus and have been biking to and from the bus stops--a very mellow commute. Anyhow, midroute, another biker was stymied by the fact that the two bike rack spots were taken, preventing her from getting on the bus. I stood up, told the driver I could fold up my bike, and did so, freeing up a spot--problem solved!" – E.S. of North Hollywood, California

"I keep my Citizen Bike at work (an urban university campus) and use it to go to meetings and classes I teach. Considering the money I've save in parking permits, this thing will have paid for itself by next year!" – J.W. of Indianapolis, Indiana

"We flew our bikes to Papeete, Tahiti for a two week cruise on the Paul Gauguin. The bikes were a good conversation starter. When people saw them on the tenders going to and from islands, they were fascinated by them. Here is a picture of us with some people of the Marqueses Islands." – G.S. of Gordonsville, Virginia 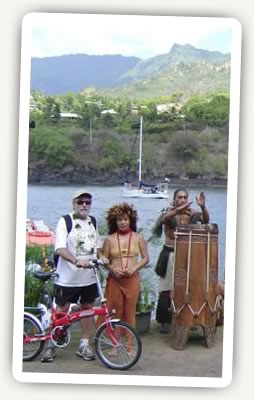 citizen goodies
Yes, proud Citizens. You can get your very own Citizen socks here.
choosing your bike

Citizen Bike offers a variety of folding and portable bicycles to suit all types of uses and budgets.  If you're looking for budget conscious folder to a lightweight commuter, Citizen Bike has a bike for your lifestyle. Learn more about choosing the most appropriate model for you.
contact us
Need help? Get in touch.

citizen goodies
Yes, proud Citizens. You can get your very own Citizen socks here.
contact us
Need help? Get in touch.

Citizen Bike offers a variety of folding and portable bicycles to suit all types of uses and budgets.  If you're looking for budget conscious folder to a lightweight commuter, Citizen Bike has a bike for your lifestyle. Learn more about choosing the most appropriate model for you.